Bushy Downs Hereford stud was established with Pure Hereford cattle in 1943 by Martin Port on the current property near Te Awamutu.

Robert and Marian Port expanded the stud from the 1970's. Kelvin and Cynthia moved to the farm in 2009 and since 2017 have taken over the running of Bushy Downs operations.

The Bushy Downs cow herd is around 230, including rising 2-year heifers.

The farm winters roughly 500 hereford cattle, all registered and Breedplan performance recorded plus 1100 Romney sheep. Stock are exclusively grass fed and supplemented only with grass silage and hay grown on the property. The farm has operated for many years as a closed herd (with the exception of herd bulls) and is fortunate to have a majority of physical boundaries enjoying a naturally high level of biosecurity.

Herd breeding priorities and objectives include having structurally sound cattle with a quiet temperament. We have a focus on moderate, easy fleshing, fertile animals that will calve easily whilst maintaining good rates of growth. Although the herd had been exclusively Pure Horned for many years, in the 1990s several stand-out Polled bulls were included in the breeding programme, and since 2016 Polled bulls have been re-introduced and top Polled genetics continue to be used. Sires used are a combination of NZ sourced stud bulls, home-bred bulls and some AI.

Bushy Downs have been mating heifers to calve at 2 years of age since 1989 and since 2014 the top replacement heifers have been mated to 1 or 2 rounds of AI to high indexing sires from NZ, Australia and the USA. Conception rates have been regularly above 65% to the first round. We place high value on this program as it proves growth, fertility and calving ease.

We strive to farm as a commercial operator would, profitability is paramount, each female without exception must rear a calf including first calving heifers. There are no second chances and there is no place for favourites.

Surplus heifers are sold incalf privately in the Autumn. 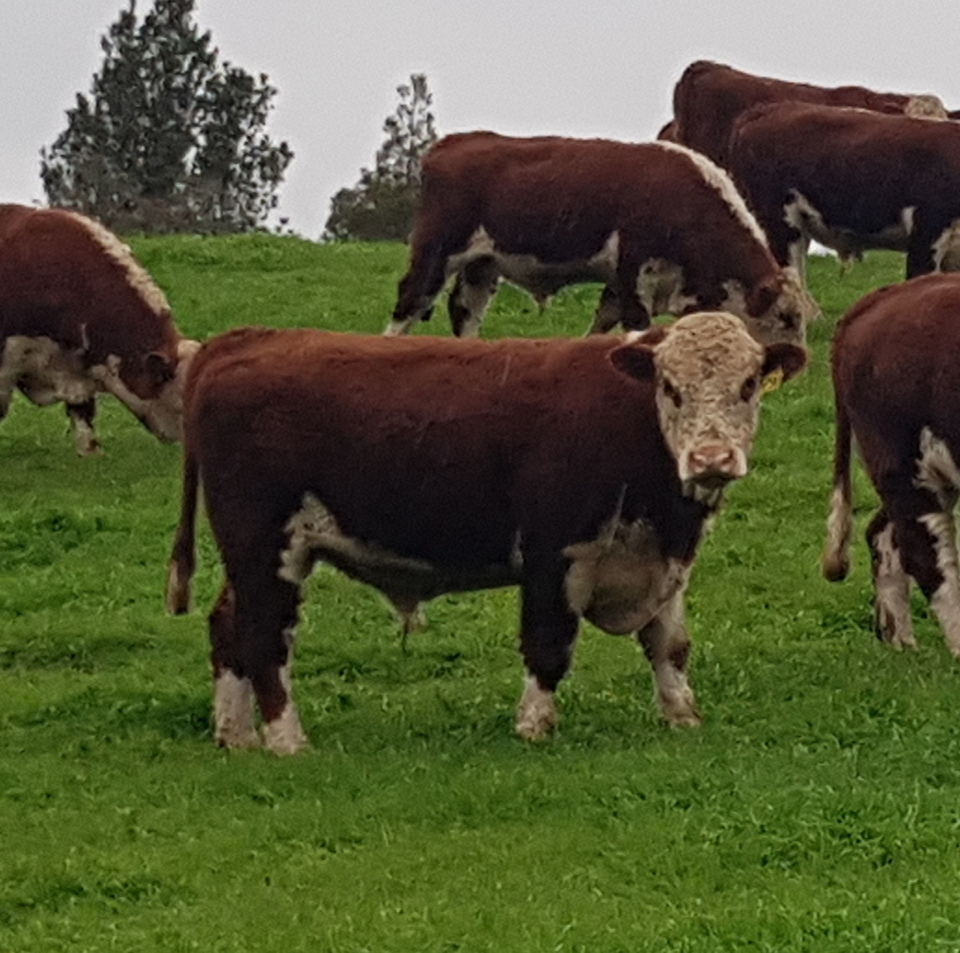 Bushy Downs bull sale is held on farm in the Spring in late September. Approximately 100 2 year and yearling bulls are sold each year. Annual Sales have been held on the property since 1965.

With a large number of bulls sold each year to discerning dairy farmers, Bushy Downs has moved beyond the fundamental breeding objectives to focus on traits such as calving ease and short gestation.

Bulls are wintered in large mobs and under high stocking rates as do all the stock classes at Bushy Downs, we believe that pressure will clearly display the most suitable breeding genetics for our clients.